Back in America! || Sunset Over Jerusalem

A month later and I'm back where I started, in my messy room with clothes that didn't get packed still all over the place, soon to be joined by clothes that did get packed and need to be washed. It's a tougher transition back than I expected, between the lifestyles, the cultures and the mind sets. Part of me is relieved, but more of me is anxious to return.

I wish I had the words, and you had the patience, for me to tell you about all the amazing things that happened and took place on this amazing journey, but that will take time. Much time. So for today I will keep it somewhat brief.

I met amazing new people, seen and experienced amazing places and things, and learned much about history, religion, culture, life, and most importantly, about myself. This trip turned out to be much more than I had expected it could ever be, and I believe it has changed me forever. Though we'll touch more on that later, for now let's get to my first photo I chose to post on my return!

It was my second day on my own in the city of Jerusalem, and I decided to get a real grasp of the city. I set out to walk to a place called Mount Scopus, which I had less than a great idea where it was or how to get there. I first ended up at Mount Scopus hotel, which annoyingly wasn't located near the actual Mount Scopus.
I ventured on, through all sorts of neighborhoods and lives, the world was unraveling at my feet with every step. I also ventured through some not so safe areas that I was told about, but if you're not going to see everything, then why see anything?
I finally ended up at Mount Scopus, after a long day in the harsh Israeli sun, and 11 miles of walking behind me with my rather heavy camera bag on the whole way.
I arrived just before sunset and was greeted with this epic view of the sun as it set over the city and it was marvelous! I hastily got my camera out and setup my tripod in order to capture the image I share with you today!

Lastly, this is the first image I chose to share since my return, so it must be my favorite, right? Not exactly. It must be the best then, at least? Not really either. It's a lovely image, at least I think so, and I hope you do as well, but that's not why I'm sharing this image with you right now, at this time. It's also for me.
This is a Sunset. We've all probably seen thousands of them. They mark the end of the day, the end of something amazing, and it's sad. But, they also mark something else, the beginning. The beginning of tomorrow, of the possibility for something even better, to build upon what you gained yesterday.
And this is one of the many lessons I have learned on this voyage; I know the sun must set in order to rise.

I look forward to sharing more of my favorite images from this trip, as well as the many stories that I have accumulated as well! 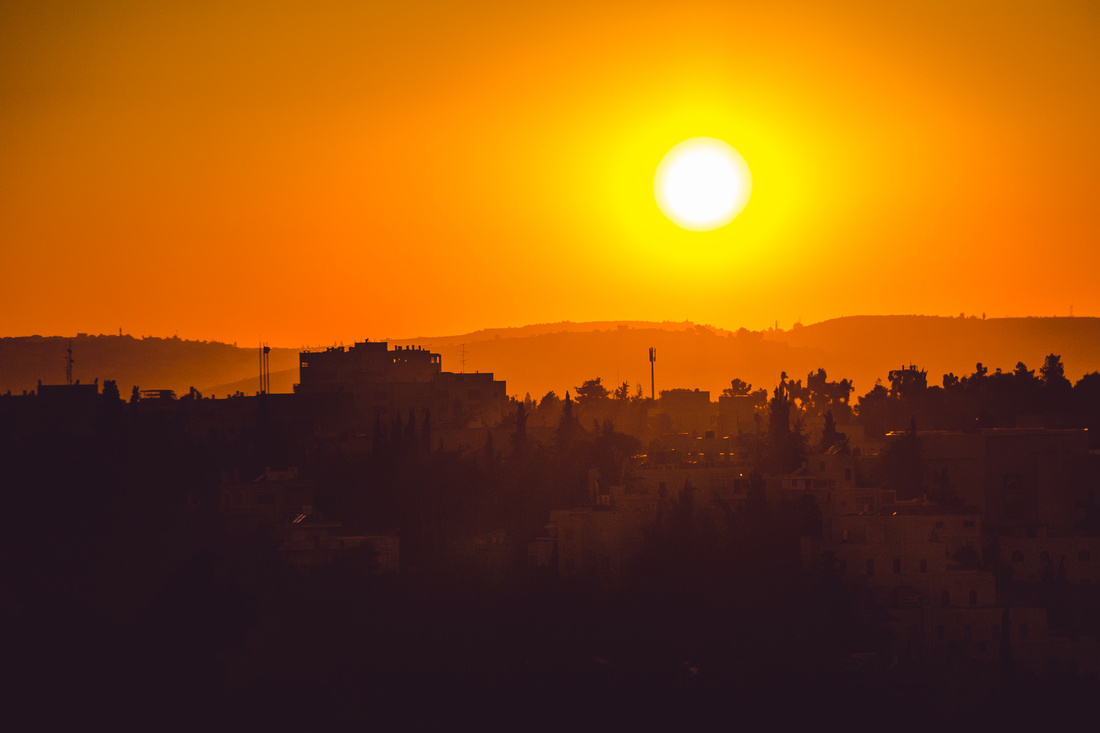 Earl Cox(non-registered)
I gotta say Sean, you are an exceptional photographer. I love your images. The composition is spot on and the color and shading are almost always perfect. Your pictures from Israel are wonderful. All I can say, as a fellow photographer, is that I really hate you!!
Adrienne(non-registered)
Wow. This is stunning. I remember that my favorite day when I was in Jerusalem, was the one "unscheduled" day that we had and my husband and I wandered around for hours with two of our best friends. Something about absorbing it all with every sense available to us. I look forward to seeing and reading about the rest of your adventures!
No comments posted.
Loading...
Subscribe
RSS
Recent Posts
My European Adventure: 2 weeks, 4 countries, and 6 cities in 7 days: Part 1: Intro A Day in Provincetown - The Return of the Blog! The Giants of Hong Kong Boston on Ice || Boston,MA New Lens, Old Favorite! || Seaport District, Boston MA Atop the Mount of Olives Back in America! || Sunset Over Jerusalem First post from Israel: Sunrise over The Sea of Galilee Traveling to Israel! Reset the Net on June 5th!
Keywords
2013 Travel Cityscape HDR Boston Paris Night France Europe City
Archive
January February March April May June July August September October November December
© 2019 Sean Gold - All images are protected under copyright.
User Agreement
Cancel
Continue