Reset the Net on June 5th!

So I'm sure in the recent years, in one way or another, you've heard at least something about the NSA, Edward Snowden the spying programs and all the political mess that usually tends to follow it. Well as an artist who uses technology and the internet to create and share his work, and also as an activist who wants to see a better tomorrow for our country and the world, I would like to bring a couple things to your attention.

Now I know it's usually "taboo" for a business or even a person to try to instill their political will on their clients, customers and followers but I feel this topic, though political, transcends politics and encroaches more into our rights as civilized human beings and sets precedent for the way the internet will continue to develop and be used.

So with that little statement out of the way, most of us know that the NSA is collecting as much of, well, everything they can, on everybody, everywhere, all the time. From phone calls, to emails, to photos uploaded and shared on the magnificent innovation we call the internet. Well I'm not too comfortable with that idea, and for the most part, a large majority of America, and even the world isn't either. Even giants such as Google and other titans of business are concerned about these revelations of spying programs.

I think it's a travesty for this creation that enabled us of sharing, learning, educating, entertaining, and communicating unlike anything we've had before, to be get a bad rep and be used to spy on us, with no limit or oversight.

So with a few of my short thoughts on the matter out there, I would like to say that I support the effort known as "Reset The Net on June 5th". This is a movement to educate people on ways to be more secure online and to stop the NSA, as well as other unwanted intruders, from collecting your data in their "world wide net".

This effort is also supported by Google, Mozilla, CloudFlare, and many other hugely respected companies. It has also made press, including the front page of The Guardian and on NBC news.

I hope that you found something here compelling or intriguing enough to make you want to visit www.ResetTheNet.org and at least watch their video and see what the talk is all about, and weigh out your own opinions on the matter.

The internet has changed my life in more ways than I could ever imagine, and I don't think it's in it's, or our, best interest to see it used in such a massive, unregulated, indefinite bulk collection of our data, private and public.

I thank you for spending some of your time to read about this, and if you have any questions on the matter, I'd be happy to answer them or refer sources for your own investigations, and promise new images soon! 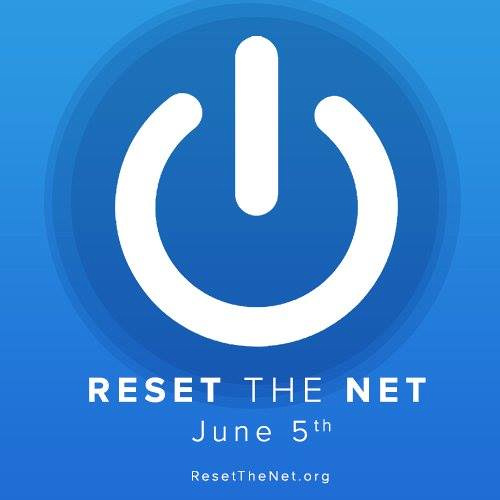