Greetings! What a weekend!

In case you weren't aware, last weekend was WWIM9 (World Wide InstaMeet #9) where Instagrammers all around the world, from Boston to Paris, organized and took to the streets to capture the world around them!

It was a great two days full of great images, great people and fun surprises! One such as the Boston Zombie March that I stumbled upon Saturday while heading to our meeting spot!
There were hundreds of "zombies" gathered in front of South Station preparing to make their bloody march through Boston! It was my first time hearing of this and some of the costumes were amazingly creative and well done! I captured some interesting photos of it, but didn't stay too long. Perhaps I'll share them in another post.

As for today's photo, after Sunday's "Instameet" ended, me and couple of other photographers/adventurers continued wandering the streets of Boston in search of light and compositions.
We wandered down city streets and alley ways, and we eventually found some old abandoned railroad tracks that we decided to explore down for a bit.
After miles of walking and exploring, the sun began to set and we headed back towards the city. On our walk back, we were crossing a bridge I've never been on before and I looked over to see the iconic Boston Skyline with these amazingly dramatic and stormy clouds looming above!
It was pretty dark out at this point, and for one of the very rare times, I had left my tripod at home. I wasn't sure how I was going to get the shot, but I knew I had to.
After some quick thinking, and a little bit of panicking, I found a good section of railing that I could rest my camera on to stabilize it for the 3 seconds I needed to get a good exposure.
I set my camera settings properly, took a deep breathe, began to exhale slowly, and clicked the shutter. I took about 5 shots, just to be sure.
I then went to review the images, fearing of seeing a blurry mess, and low and behold....... it worked! I was able to just eek out one image that was crisp, sharp, well exposed, and exactly what I wanted!

I think this one might just be one of my favorite Boston images now! How about you? Feel free to share your thoughts in the comments below! :) 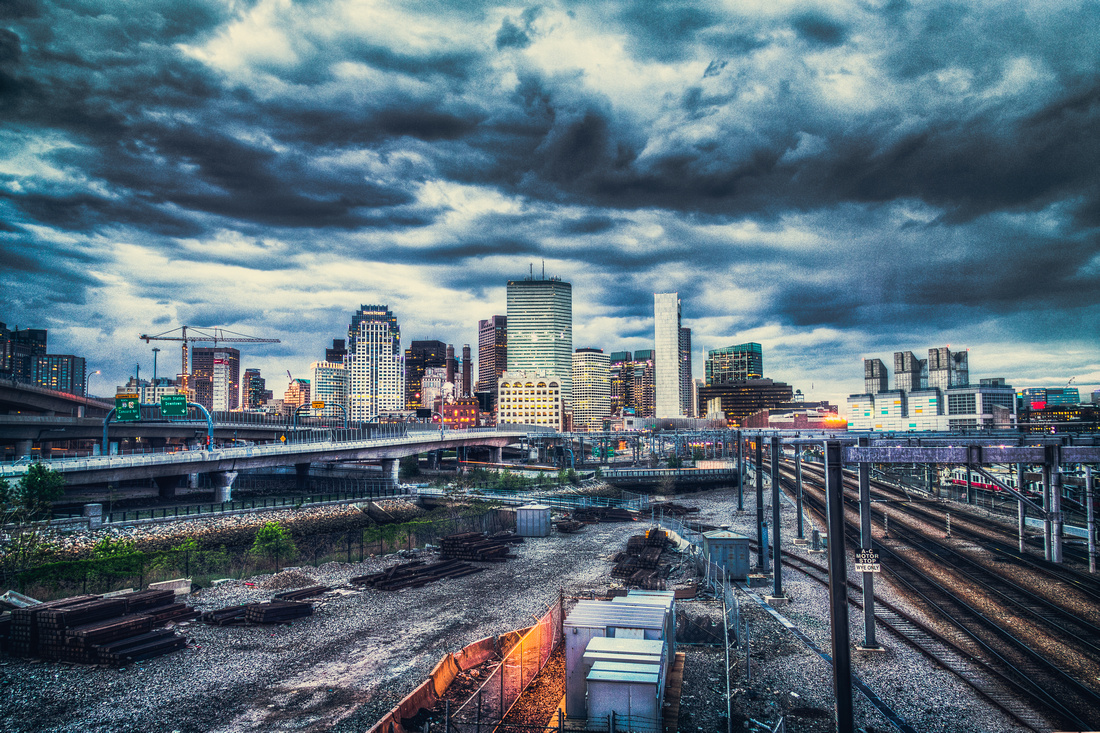 Adrienne(non-registered)
It is a GREAT shot! I was so tempted to join in this past weekend - but am always sure I'd be the "old lady" tagging along! {I'm scrapbookmom17 on instagram....the one that likes Mamadou's bread!} I love looking at all the shots, and knew you'd get some good ones! Maybe I'll brave it next time. I love this shot cause it's the skyline from the "other side" - not the view we're most used to. And it has your magic touch with lighting that brings out the drama!
No comments posted.
Loading...
Subscribe
RSS
Recent Posts
My European Adventure: 2 weeks, 4 countries, and 6 cities in 7 days: Part 1: Intro A Day in Provincetown - The Return of the Blog! The Giants of Hong Kong Boston on Ice || Boston,MA New Lens, Old Favorite! || Seaport District, Boston MA Atop the Mount of Olives Back in America! || Sunset Over Jerusalem First post from Israel: Sunrise over The Sea of Galilee Traveling to Israel! Reset the Net on June 5th!
Keywords
2013 Travel Cityscape HDR Boston Paris Night France Europe City
Archive
January February March April May June July August September October November December
© 2019 Sean Gold - All images are protected under copyright.
User Agreement
Cancel
Continue