After some Googling I came across this church as a great place to see (and photograph of course) that I haven't been to yet. 90% of the upper floor is encompassed in huge stained glass windows like I've never seen before. So after seeing a few photos my mind was made to check this place out.

When I finally found it, it turned out it was also next to La Concierge, which was where the famous Marie Antoinette was kept imprisoned before she was beheaded, and they had a savings if you purchased both together, so I did.

La Concierge was my first stop, and it was very cool and I have a photo up from there as well. After some time in there I was ready to head to La Sainte-Chapelle !

I entered the first floor to be greeted with some interesting artifacts and architecture and then I spotted the small spiral staircase that leads up to the chapelle itself. I make my way up the very tight spiraling stairs and enter the main chapelle only to see that the entire left wall has been blocked off and covered due to "renovations and maintenance". I was more than a bit disappointed, but I didn't let it ruin my time there, so I made due with what I had available, to leave with some great shots anyways.

I often seem to be left with a love/hate relationship with Paris attractions, as their often under renovations and never care to inform you before you purchase your entrance, and especially this case where HALF of the church was blocked by an ugly giant sheet of some sort. 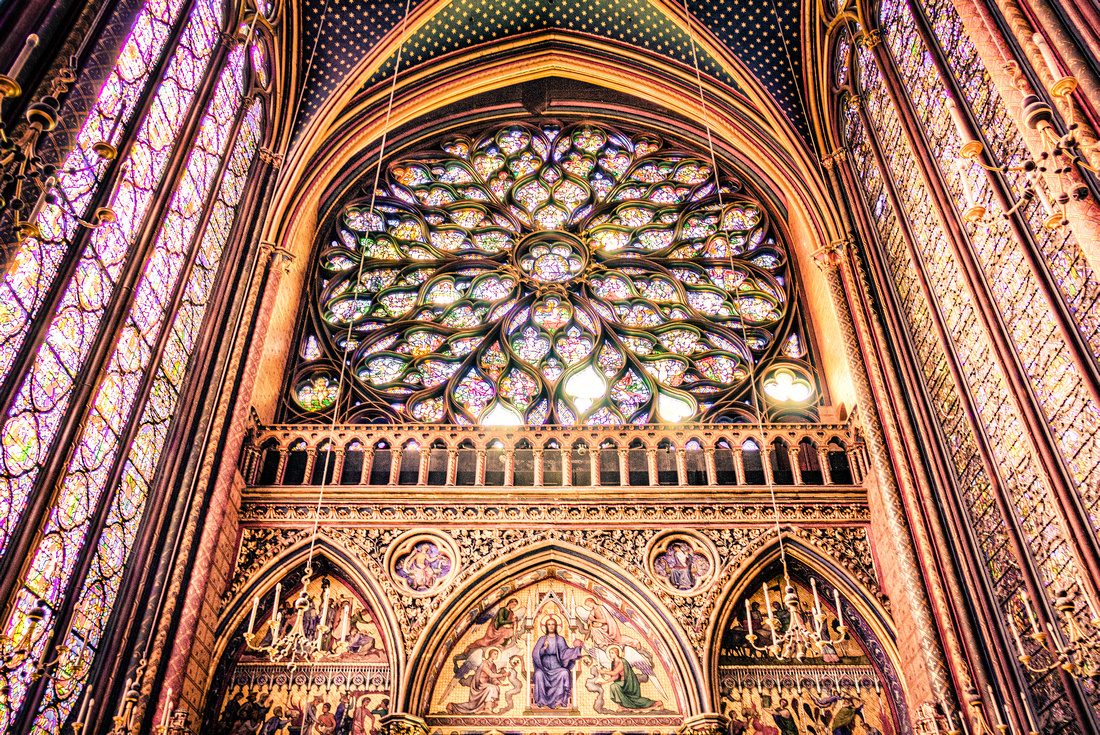 La Sainte-ChapelleThis was one of my favorite churches I visited in Paris, except for the fact half of the stained glass windows were missing due to &quot;construction&quot;, you'd think I'd be use to it by now.