I now Walk; Into the Wild

The stars are bright, the air is clean, the sound is beautiful, and the world is Green. 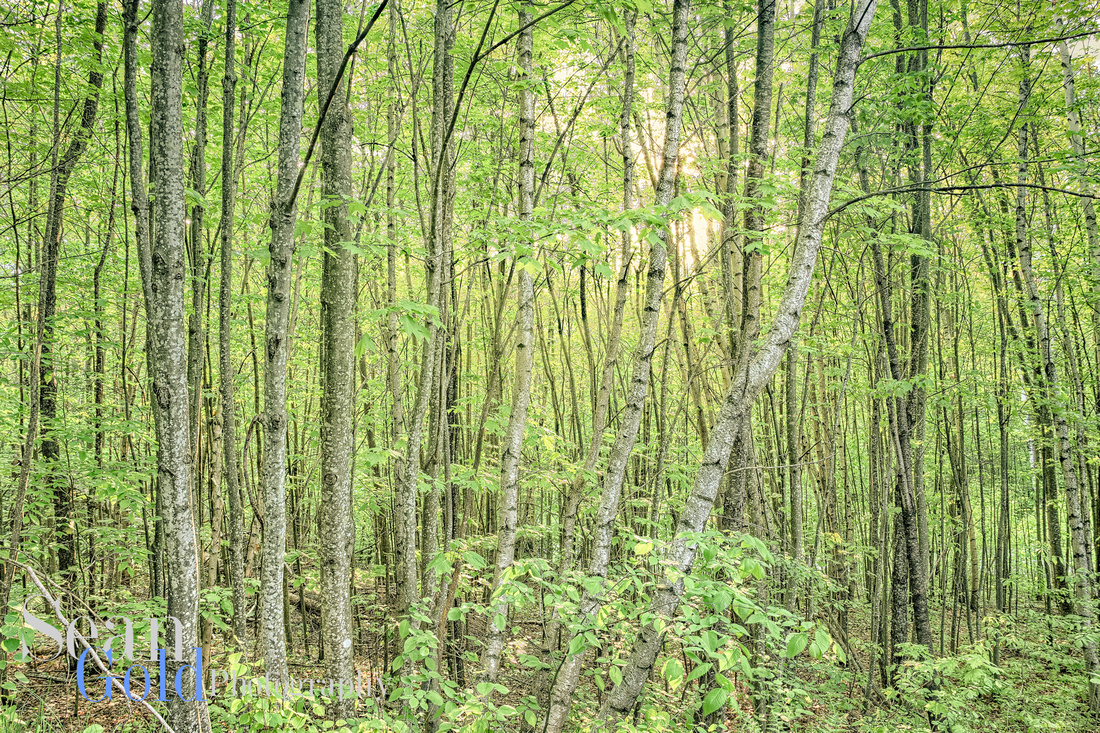 Since I was a small child I had been venturing to the great White Mountains in New Hampshire; mostly with my father and a tent. We'd often spend upwards of 3 weeks at a time camping in the wilderness of the White Mountains. So I guess you could say I've always had an appreciation and wonder for nature, solitude and natural life. I could remember walking to get water late at night and looking up to the clear mountain skies and seeing more stars than I could ever count in a lifetime. But as of late it had been some time since I had made the journey up North, a couple of summers and winters had past since I had seen these beautiful behemoths of soil and rock. I thought it was time enough to change that; especially after discovering one of my new favorite films "Into the Wild", which I would highly recommend to anyone reading this. 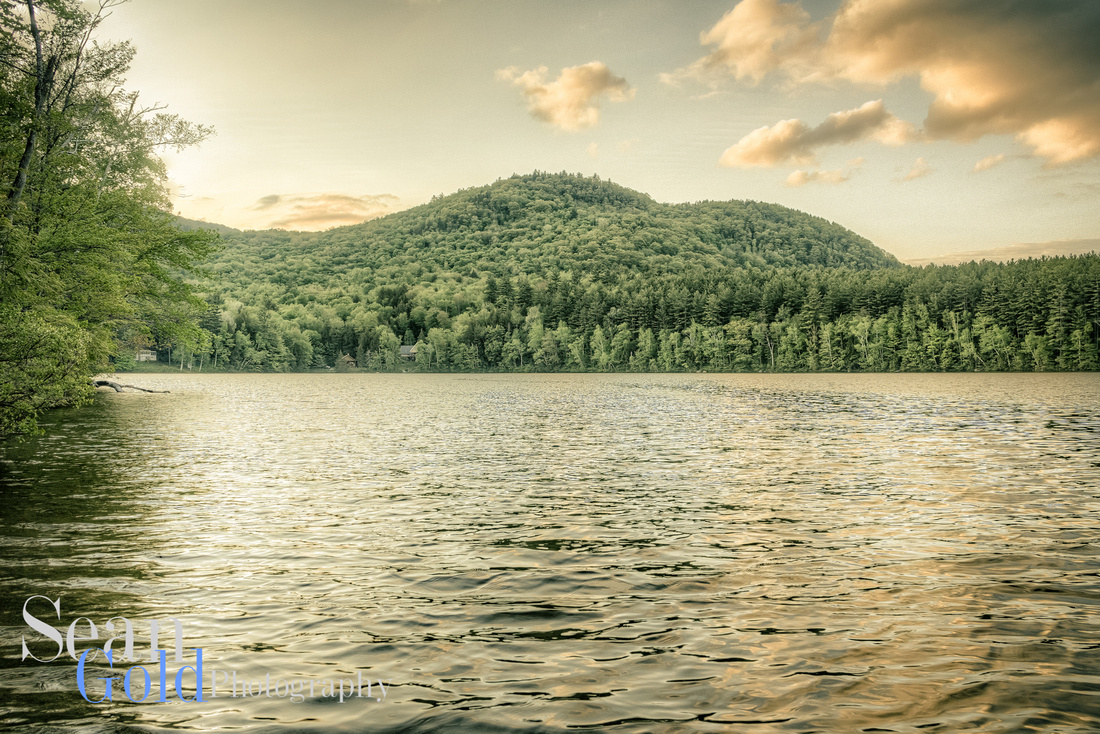 The first day I arrived I chose to make the trip to a local lake, by the name of Mirror Lake. As soon as I arrived I had seen a beautiful loon in the middle of the lake, which I had not seen one of these beautiful creatures in a very long time. The sun was setting and light was fading so I setup my shots and departed, but not for too long... 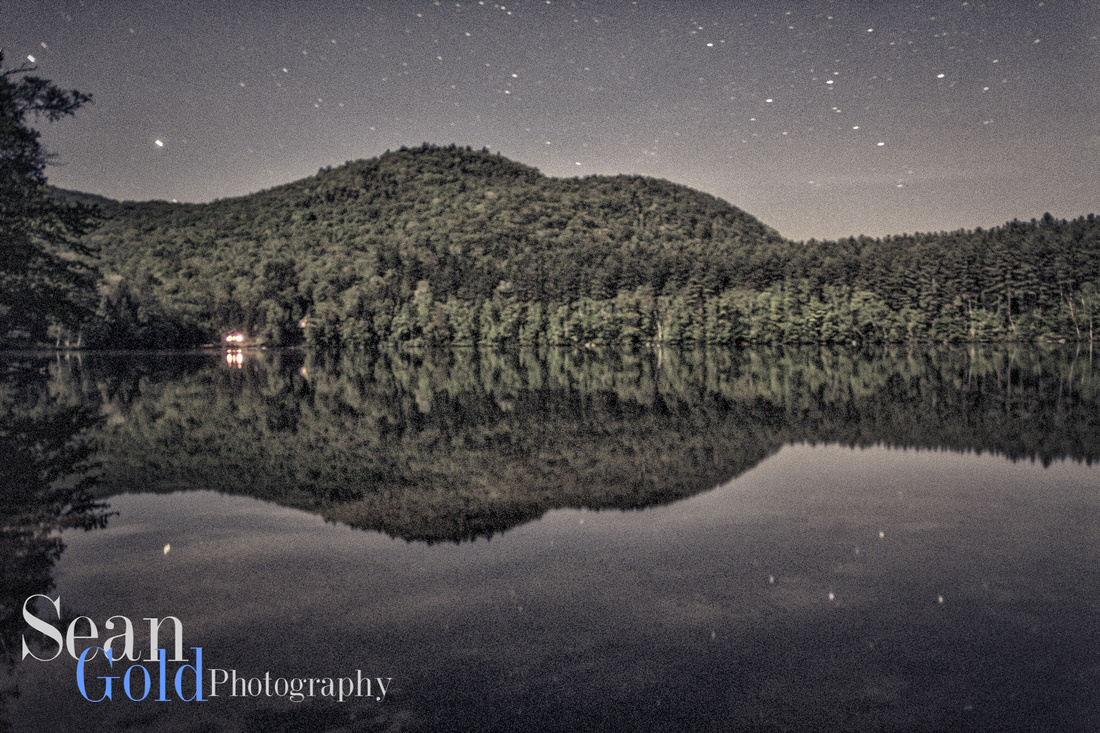 Midnight in the Mountains

Once the sun had set and the light had faded to darkness, I returned to Mirror Lake. It was unfortunately a full moon, so I wasn't greeted with the "star rich" sky I had remembered as a child, but I was just thankful that the overcast had cleared up and I could see any stars at all. I spent a good amount of time there, seeing as every exposure was taking about 2 minutes or so. 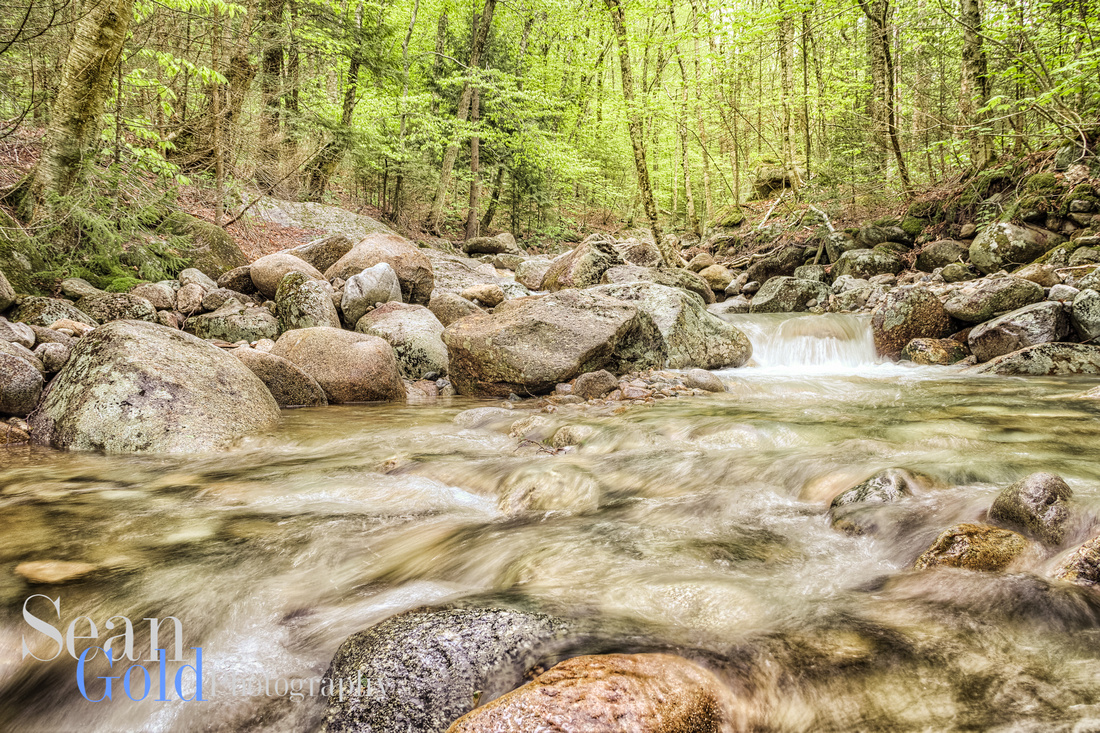 The next day I would head into Franconia Notch State Park for some adventures; starting at a beautiful stream I decided to hike down to in flip-flops, which is much more difficult when you have a backpack full of camera equipment, but well worth it. 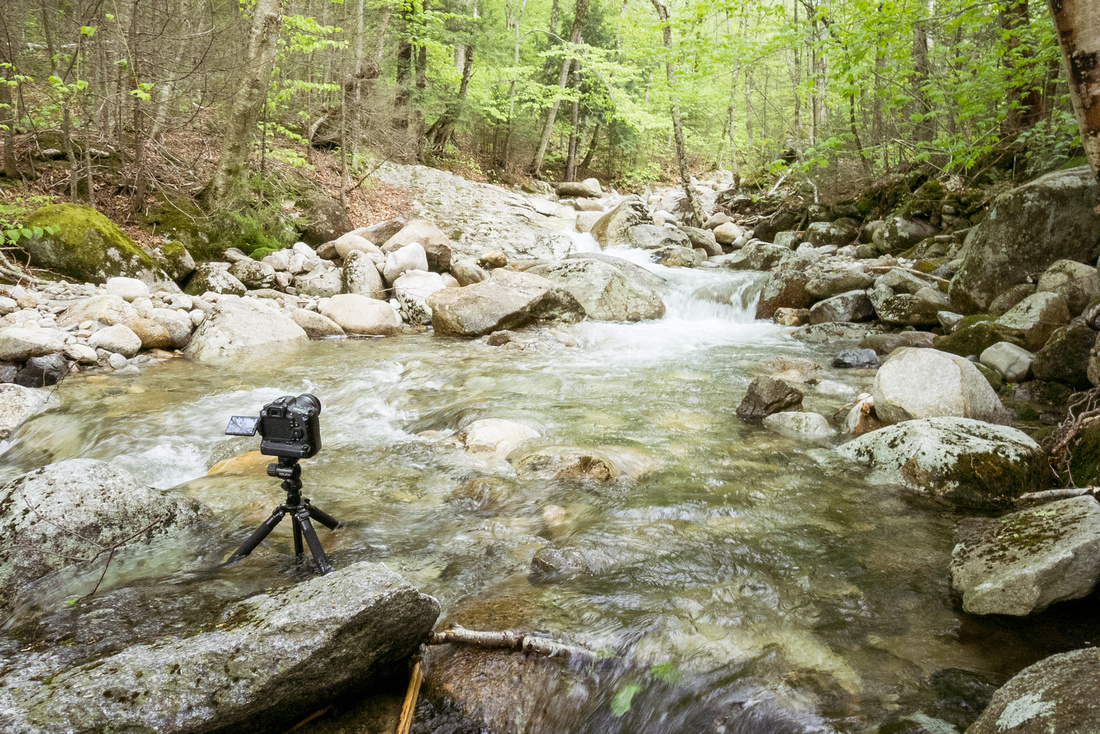 While I was there I decided to take a little behind the scenes shot, because to me the process is just as beautiful as the final image, if not more so. It is overwhelming to be surrounded by such beauty, and attempt to convey it in a two dimensional format, let alone any format lesser than the human eye; in conjunction with the heart. But time was limited and it was time to hike back up the steep slope, yet again in my flip flops..*sigh* 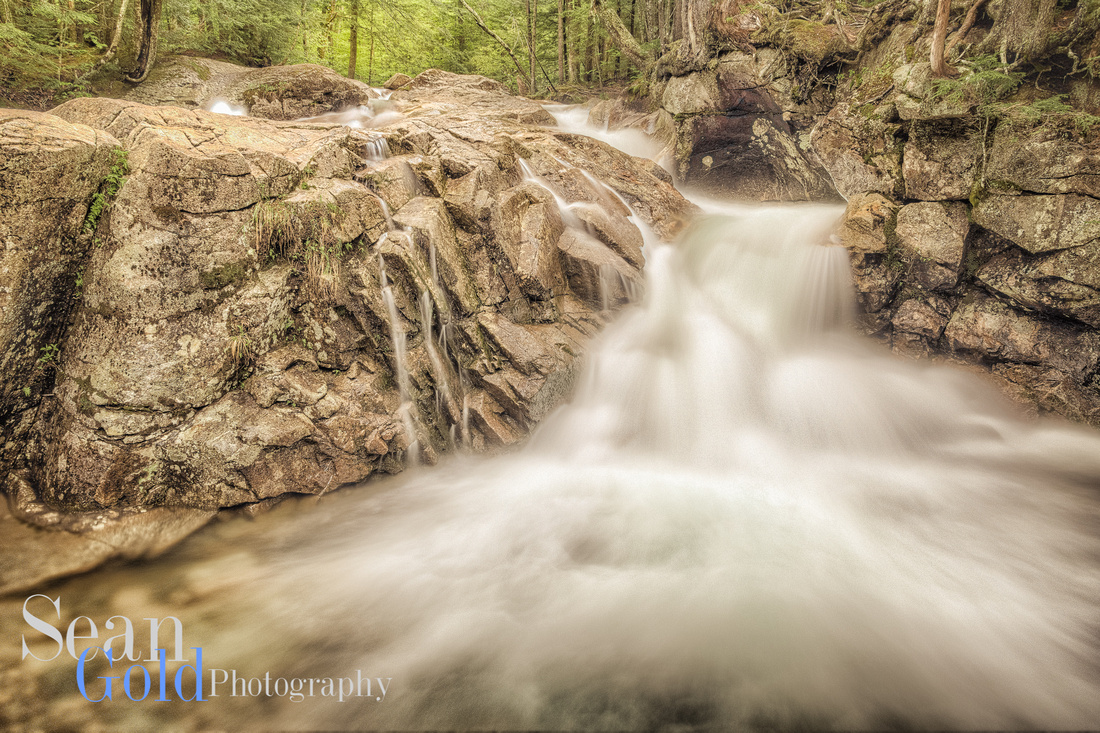 For my next destination I would venture to an old favorite spot, The Basin. It's a beautiful natural, almost water park you could say, though you can not swim there. And it was here (not this exact location) that I had taken an image several years ago that would later gain me entry to The Griffin Museum of Photography in their Juried Selection. 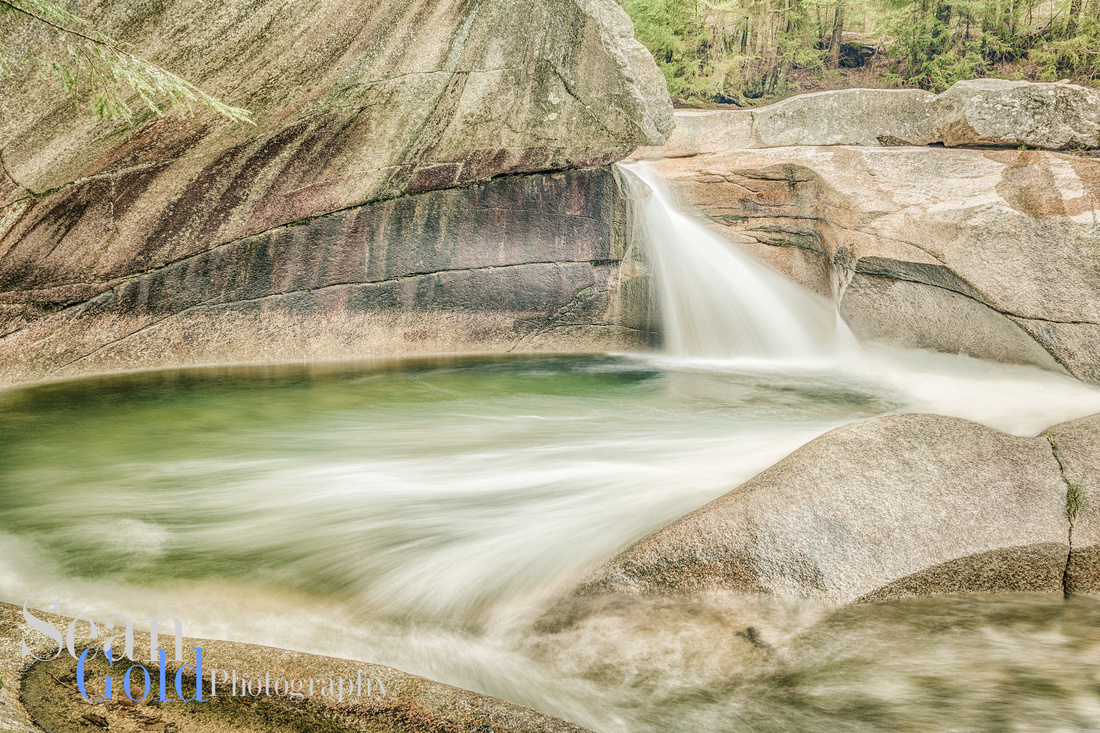 This here is the actual Basin, for which the area is named after. It was scrubbed out by stones dragged by the retreating North American ice sheet, and made smooth by 15 millennia of rapidly whirling pebbles and grit. It is truly an amazing sight to view and contemplate. And that would draw and end to the day, but I would return to the Notch once the sun had risen again. 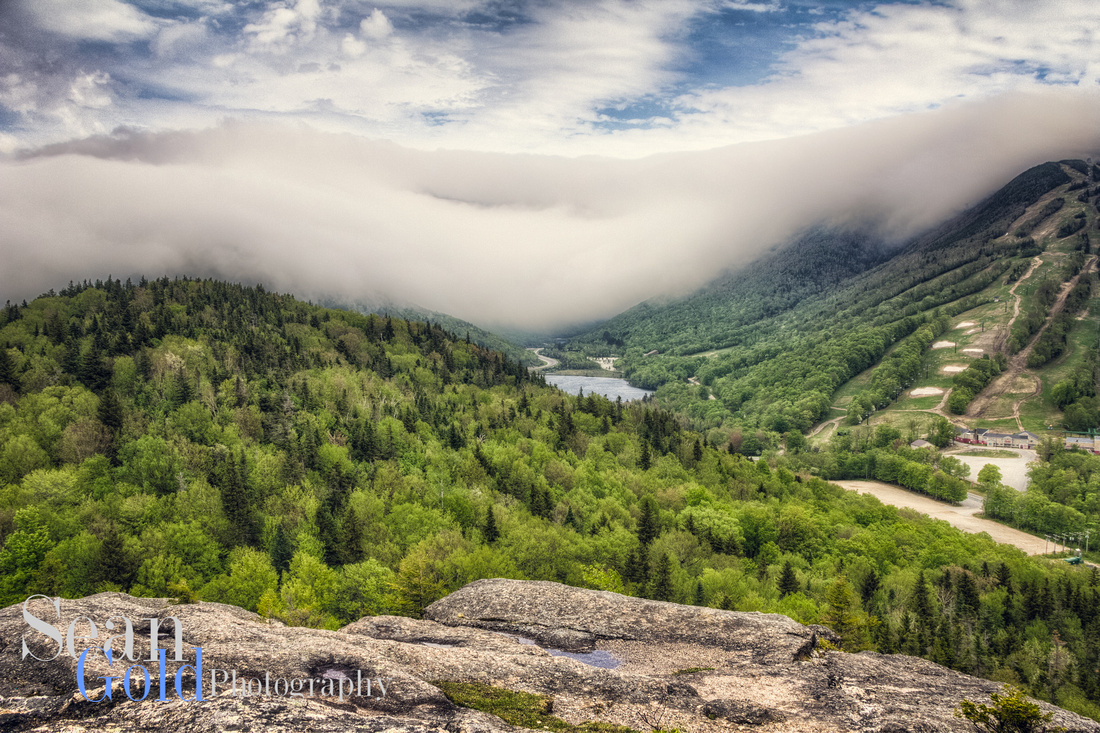 The next day was very overcast in most areas and I was skeptical if I would capture anything interesting; only to be proven very wrong. My first destination, as you can see above, is Bald Mountain, which is a hike I've done numerous times.  Once I reached the top I was able to see the amazing cloud formation that had been apparently trapped in the valley of the Notch. I watched it as it streamed over Cannon Mountain and down the valley, then up again and over another mountain where it would dissipate into the open winds. Truly amazing. 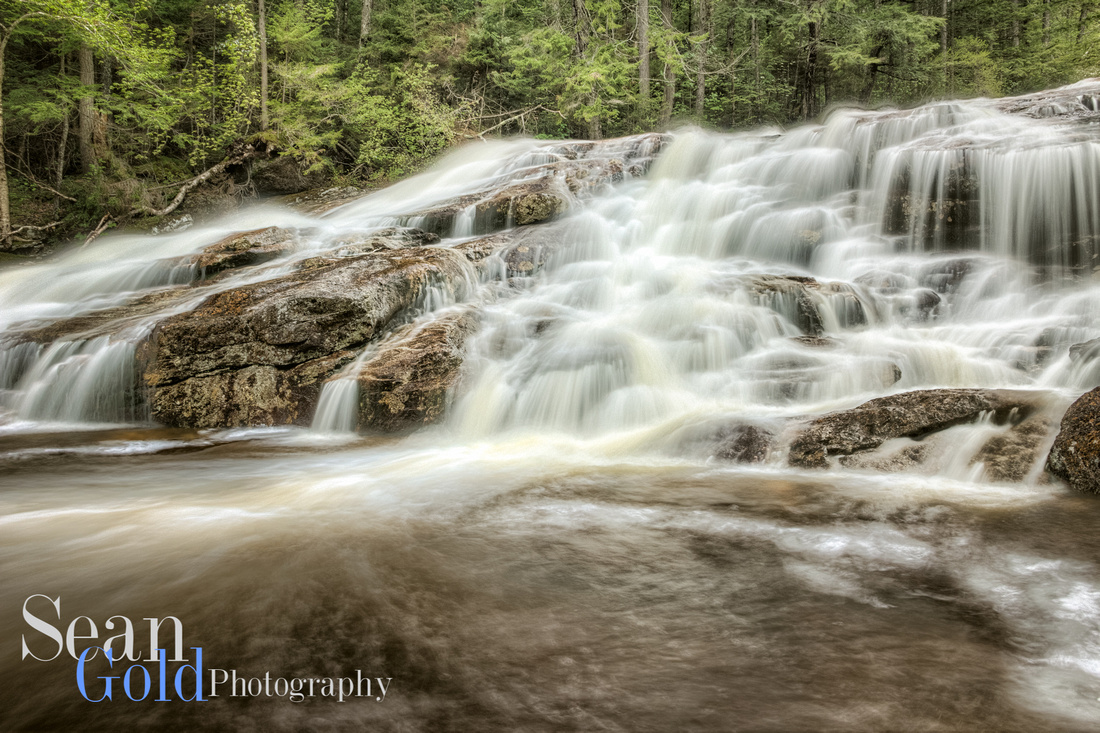 From there I headed off to hike to the Kinsman falls, also located in Franconia Notch, where I came across this fall on my way to it. (Above) 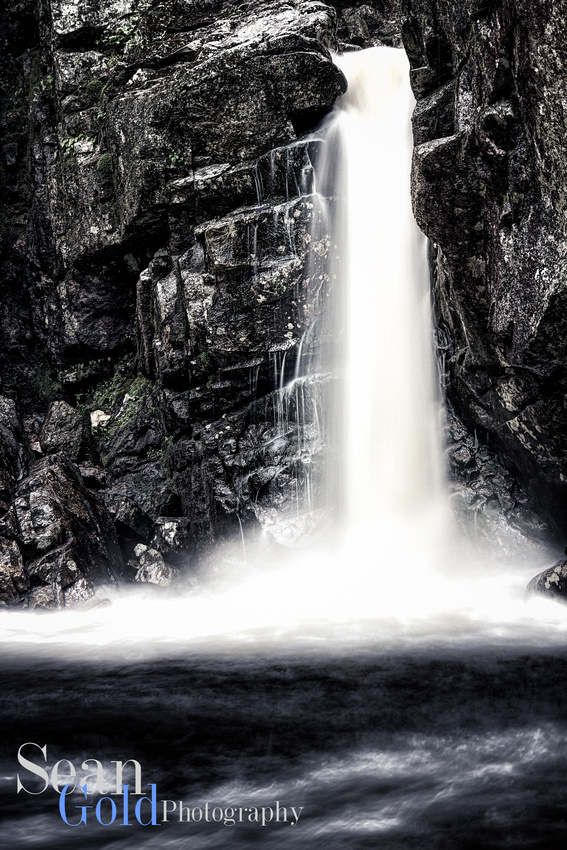 Then after a good while hiking in some very wet and sloppy conditions due to the heavy rains the previous night, I had arrived to the Kinsman falls. 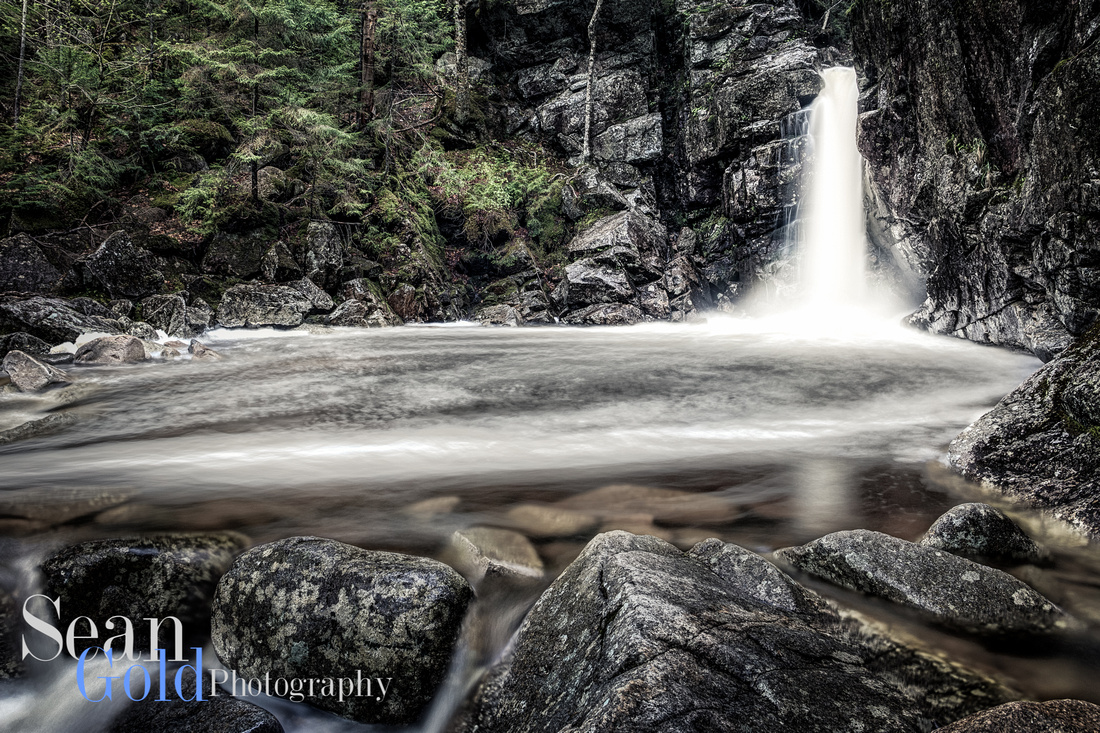 It really was a beautiful waterfall, and the view was great from the trail, but I felt the need to hike down the steep slope (this time with hiking boots, sans flip-flops) and then make my way to the wet, slippery, narrow rocks to where I would attempt to setup my shot without anything falling off and into the water; including myself. 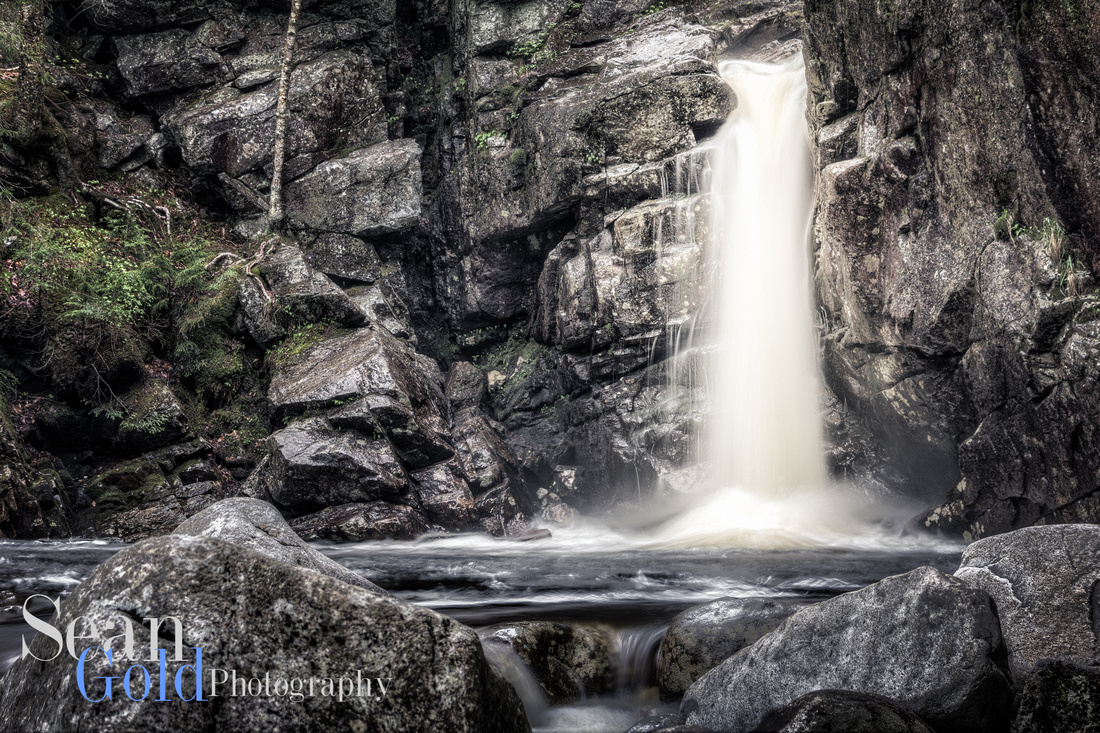 It was honestly more than a little nerve racking trying to work with expensive equipment and on such a small and slippery work space, and also for my own safety, but I was determined to capture this the way I had envisioned it. 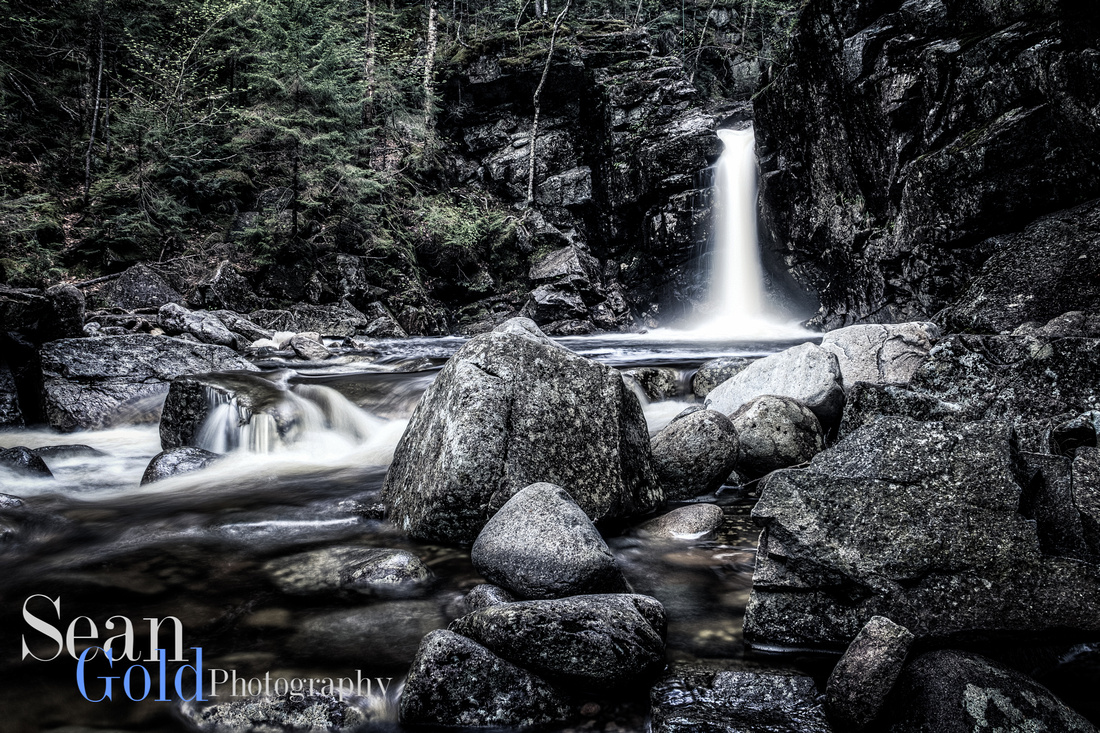 Once I was satisfied and felt that I covered the shots I wanted, I quickly began retreating to safety, where I could let out a good sigh of relief. I then began the trek back to the trail head, thinking of all the awesome images I had captured on this adventure, needless to say there was a smile on my face.

I have always loved nature, and even so much more so since I began my photographic journey, that it felt rather amazing to be back in the mountains after such a long hiatus. But at the same time my absence made the heart grow strong and allowed me to see things with fresh and open eyes.

And to draw the curtains on this adventure, I feel it appropriate to share the beautiful words of William Shakespeare -

"And this, our life, exempt from public haunt, finds tongues in trees, books in the running brooks, sermons in stones, and good in everything."

So get out there and enjoy this beautiful world around us, and find your own adventures, wherever they may be !