So if you're from or around Boston, I'm sure blizzard Nemo isn't too vague a memory yet, with the mountains of snow, and of course the infamous driving ban.

So it was the day after we had an epic blizzard and they put in effect a driving ban, so now what am to do ? Head into Boston of course !

It felt like a scene out of "The Walking Dead" if you're familiar with that show (and if you're not, you should watch it!) For the most part there were no driving cars, and to see Boston without traffic is like seeing a beach without water, it's just not natural... I wandered around for a bit, just taking it all in, watching the people try to shovel out their homes or stores, while others made art out of the newly fallen snow.

Then I made it to Newbury street, possibly one of the busiest streets in Boston, all but empty except for one or two lone cars in the distance. I didn't even recognize it if it wasn't for the street sign.

As I didn't have to worry about hearing any curse words yelled at me with a Boston accent, I took my time in the middle of the road, and composed my shot, which was rather difficult as I unfortunately didn't have my trusty tripod. But after a few clicks I got what I needed and it was off to find somewhere warm to hide for a while, or at least until my feet dried and I could stop shaking. 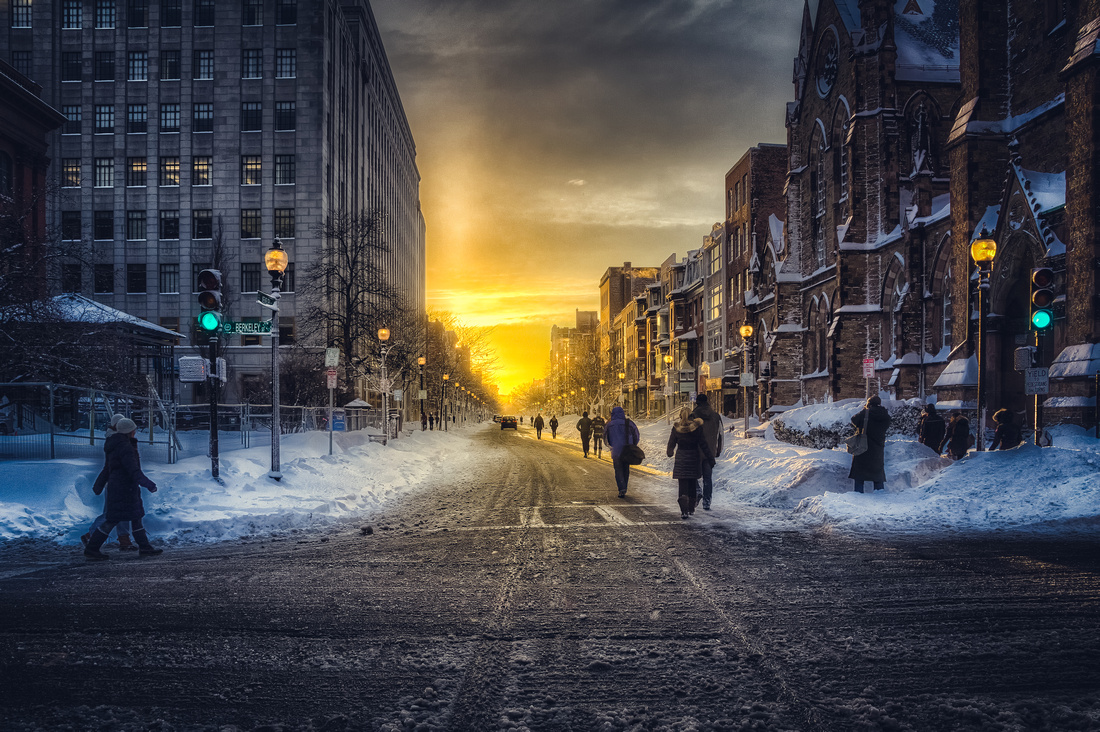 Order a Limited Edition Print of this photo