Before I left for Paris, I knew that I had to go to the top of the Montparnasse Tower, the highest point in all of Paris. I watched the weather vigilantly to choose the best day, as I didn't want to have to go back again, as it's not cheap to go up, especially when you have dollars to euros.

In my effort to maximize my opportunities I decided to get there at 8PM planning to stay until they closed at 11:30PM. So as usual, I jumped the metro and made my way over. At first I couldn't find my way inside, after being told I was in the wrong entrance a few times, someone finally showed me where to go to get to the top.

The elevator was super quick, and they jam you in with about 10 other people. On the ride down I think we spoke about 5 or 6 languages between all of us.

I had finally made it to the top ! The view was magnificent ! Though the light was rather poor for the first hour, but I mainly wanted to get there early to secure a good spot before they were all taken.

It was a lot colder up there than I had expected, and I was rather freezing, and unable to go inside or else I would have lost my spot as the place began to fill up.

Then just in time things started getting good, the sun began to set, and the sky began to play it's drama. It looked almost apocalyptic, hence the title, with beams of light shooting out of the clouds sporadically ! It was so great, I had forgotten how cold I was with my short sleeve shirt on.. 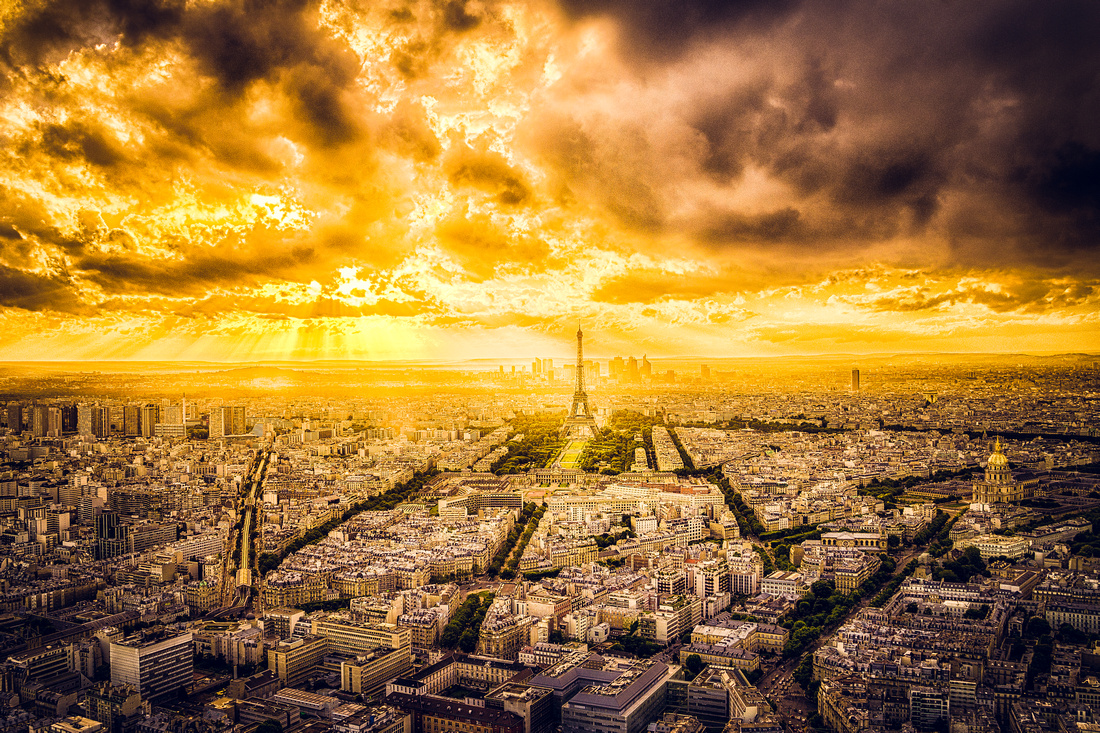 Order a Limited Edition Print of this Photo

And as a couple of extra little treats, nothing too fancy, but here's a a little behind the scenes photo of one of my setups, followed by a little video I took of the sun setting behind the horizon of Paris :)