I passed by this station almost every day on my travels with the Metro in Paris. It was only on the one day that I actually got off to switch trains there that I found this awesome station, as the whole station isn't like this, such as the station my line went through.

It was beautiful ! The walls were all copper, and the lighting was reflecting off all the metallic surfaces everywhere ! There were also portholes all along the walls with interesting displays that were glimpses into "other worlds" inside.

After finding this station, I'd get off when ever I passed by it to try to find the least busy time to photograph it, as the Metro is always jam packed and I didn't want that many people in the photo.

So I did this quite a few times, and then would just get back on the next train to where I was going, as they come every 3 or 4 minutes so it's not a big inconvenience.

Then I got there one day at just the right time, when the station was very quiet, and I set up my shot and waited for the train to come speeding into the station. And it was the perfect timing too, because just after I got the shot a couple of French police came to tell me that I couldn't have my tripod open in the Subway. (They really don't like tripods anywhere in Paris) But thankfully I already got the shot I wanted, so I packed up and headed on my way. 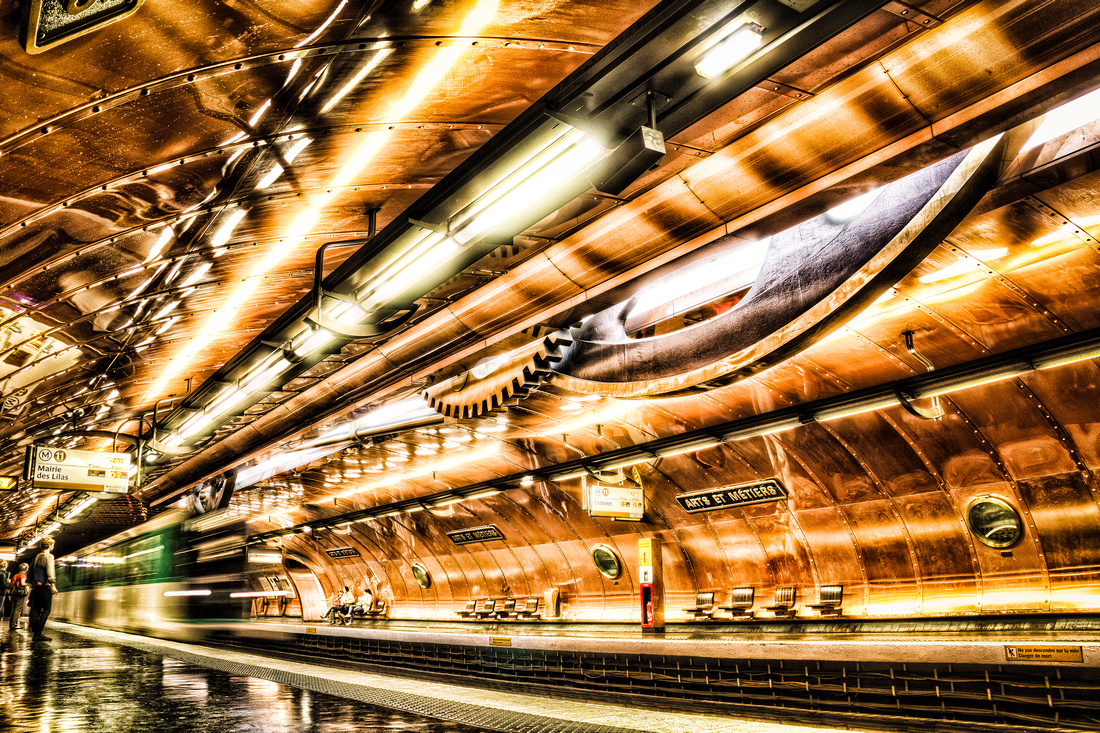 Order a Print of this photo