I rose at 5 in the morning and made my way down to the beach in the twilight preceding sunrise. I watched the calmness and stillness of the sea, and contemplated my 3 weeks in Miami, and taking the plane home later that afternoon. It didn't last too long though, as shortly after, construction on the building next to me (which hopefully I'll be photographing when it's finished :) commenced and the stillness faded into the yelling of workers and roaring of machines. That's when I decided to walk.

In all my years of going to Miami, and all the time I've spent there, I don't think I've ever watched the sunrise. It was spectacular. Inch by inch I watched this glowing ball in the sky grow, and as it grew I watched it spear the clouds with it's mighty rays. The sea grew agitated, commencing to churn and waves starting to crash. It was like somebody flipped the "on" switch and the world was starting up from it's dormancy, for a bright new day.

I think I prefer sunrises over sunsets now. Though they're still a bit too early for me. 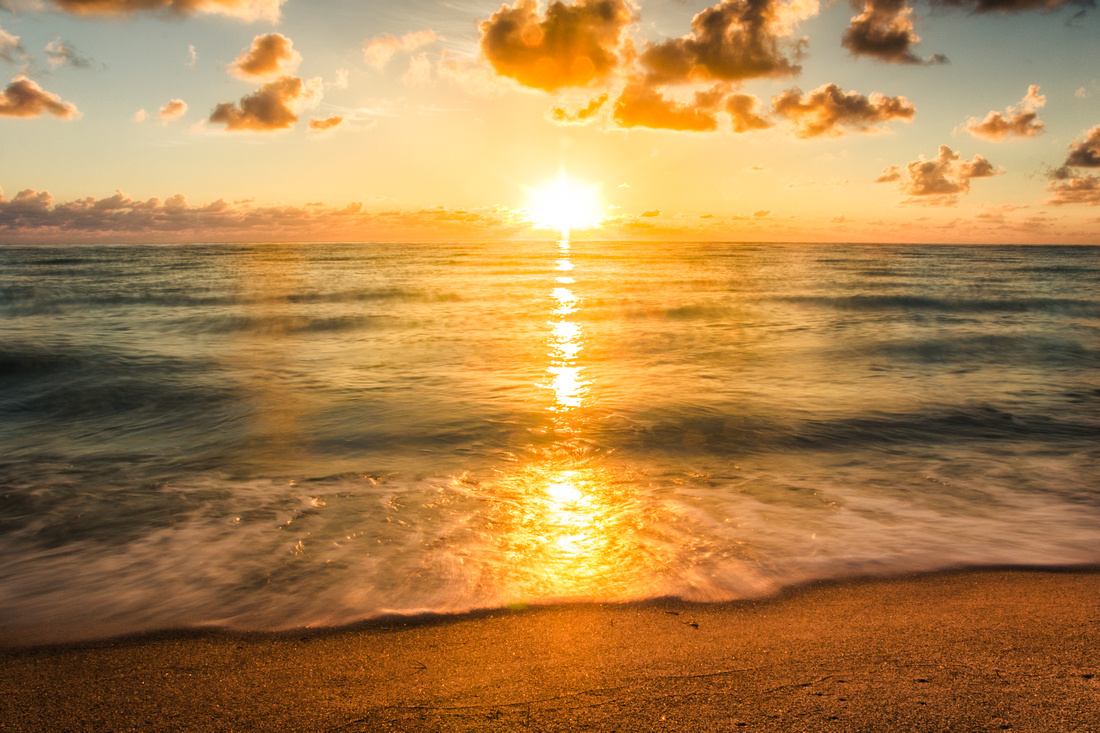