I'd say that the Arc de Triomphe is the second most iconic structure in the beautiful city of Paris, only after the Eiffel Tower of course. It was built to honour the soldiers who fought and died in the French revolution and the Napoleonic wars, and I've been told that it was designed so that the sun comes through a special way on Napoleon's birthday, but I haven't confirmed that.

So I was in Paris for a few days already and I was itching for a big adventure. I was hopping around Paris all day from Metro to foot, up and down random streets till I ended up at Place de la Concorde, which is at the top of the Champs Elysees, a very beautiful and famous street in Paris. My goal was to get the Arc at around sunset so I headed down the long street of the Champs Elysees.

It was around 8 in the evening when I got there and I was all set to capture my great sunset and night photos of the amazing Arc de Triomphe !! Well, I would have been, if it wasn't for one small problem....the sun wasn't setting. After Googling to make sure that the Earth was still spinning and that the sun wasn't broken, I looked up the sunset time for the day. It was around 10:30. At night. How quickly I had forgotten the long days of the Parisienne summer.

So with time to kill I decided to check out a few very fancy shops that I could barely afford to walk into, let alone purchase anything, made my way around the entire rotary, crossing what seemed like 50 streets, and finally playing a good game of "How many tourists photos can Sean Gold sneak into". Then I just took a seat by the rotary and just watched the world go by until the sun began to fall and the light began to come alive.

This is one of the photos I took right as the sun started going down, from the middle of the street. After this, I shot there until the sun disappeared beyond the horizon, then made my way back up the Champs Elysees to photograph the fountains at Place de la Concorde, then jumped the Metro back home. 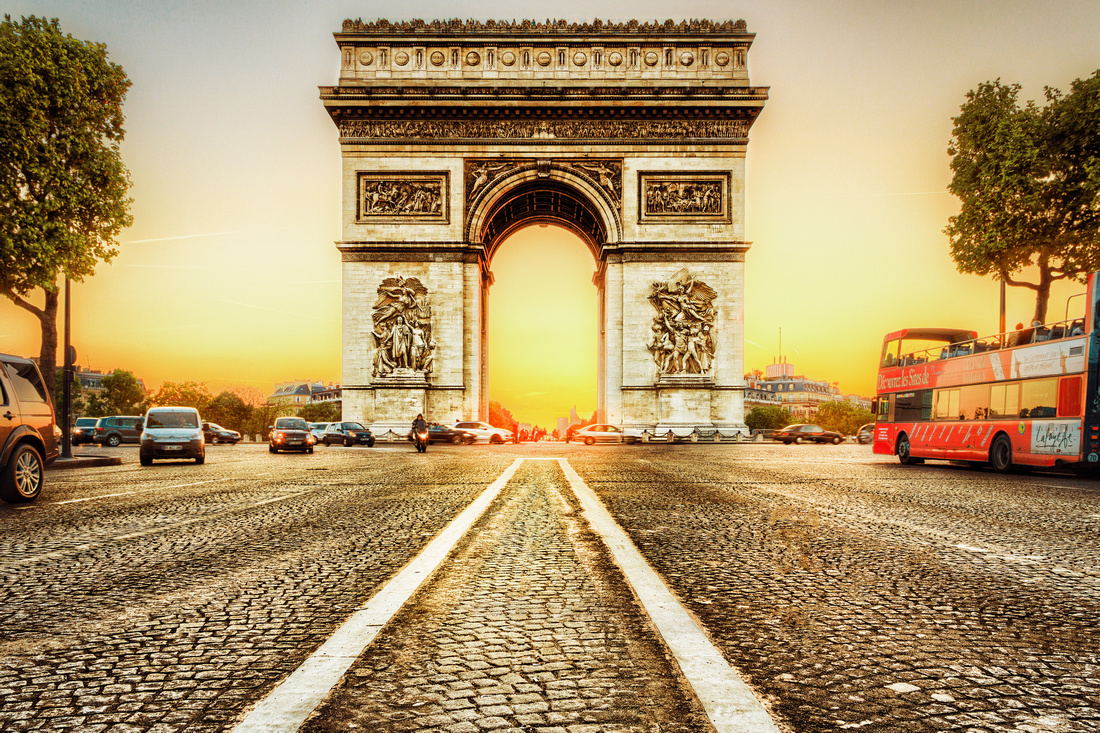 Click the Image to Order a Print of this Picture

Adrienne Scanlon(non-registered)
Having lived in Paris for 12 years, I'm sitting here drinking in every word and pixel of this post!! The shot is just gorgeous! And I could picture in my mind everything you were describing. Those long, lazy summer nights...were just the best!
No comments posted.
Loading...
Subscribe
RSS
Recent Posts
My European Adventure: 2 weeks, 4 countries, and 6 cities in 7 days: Part 1: Intro A Day in Provincetown - The Return of the Blog! The Giants of Hong Kong Boston on Ice || Boston,MA New Lens, Old Favorite! || Seaport District, Boston MA Atop the Mount of Olives Back in America! || Sunset Over Jerusalem First post from Israel: Sunrise over The Sea of Galilee Traveling to Israel! Reset the Net on June 5th!
Keywords
2013 Travel Cityscape HDR Boston Paris Night France Europe City
Archive
January February March April May June July August September October November December
© 2019 Sean Gold - All images are protected under copyright.
User Agreement
Cancel
Continue