After a day of confusion and delays, we board our rather late boat back from George's Island. We got out late to the Island due to delays and then the last boat back was about 30-40 minutes late as well, but I wasn't complaining too much, especially after we got close to the city.

We were sitting on the front stairs of the boat when we made a turn and there's Boston, engulfed in this golden light and Boston harbor draped in this beautiful golden mist. I jumped up and unpacked my camera, while my friend did the same with her iPhone. I never realized how hard it is to shoot from a boat going maybe 30-40 mph on the open ocean, especially for HDR, but I made due with my situation.

Then I see one of the old ship tours coming in front of us and knew that would make the shot that much better. I didn't have much time to get it as we were moving rather fast at that point, and the light was changing. Luckily, I got the shot off just at the right time ! 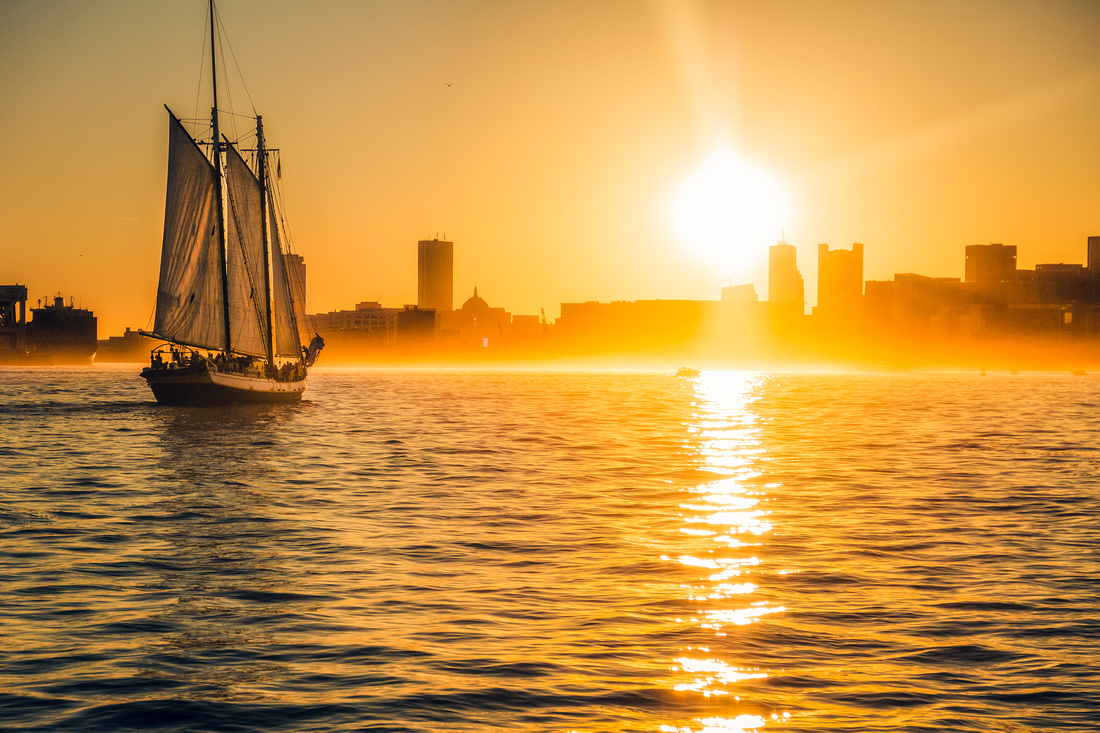