I've wanted to photograph this carousel for quite a while now, but it's been closed down and under construction for quite some time now.

After a photowalk in Boston yesterday I decided to venture on my own for a bit, rather than heading home. I wandered for a few, thinking what I wanted to do, where I wanted to go and such, then I happened to see the Carousel was open !

So I head over to set up and notice there's at least 8 other people with cameras and tripods photographing it. At first I just figured it's Friday night and I'm not the only person with this idea, though it still seemed a bit odd.

Shortly after I was approached by a man asking me if I was here for the club, to which I responded I wasn't, and it became clear when he informed me that they were a club of night photographers and I was at their meeting spot apparently. They invited me to join them for the night, so I did !

It's funny how things work out sometimes, especially when you consider timing, and how mind boggling improbable some of the events we experience are. 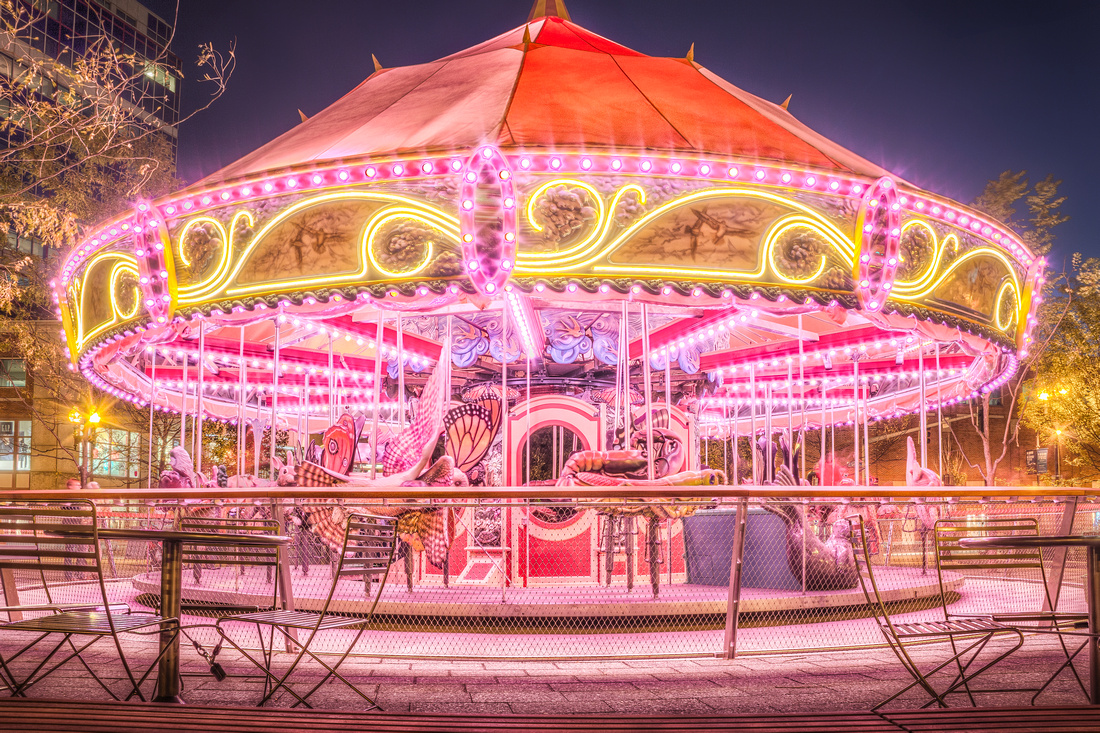 Marie P Horgan(non-registered)
Katherine said everything I would have said, so I second her comments! Just lovely-belongs in a book of fairy tales~Marie
Katherine Cremin(non-registered)
Sean, I am continuously drawn in to your photography. Your spontonaeity as well as your tenacity have proven how your passion for capture.
I really love the way you took this photo of the carousel. It is incredible with the color and light enhancement.

You just keep getting better.